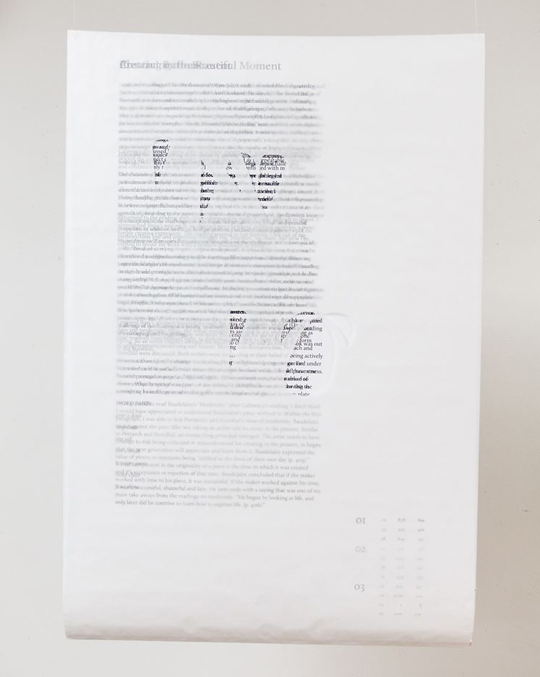 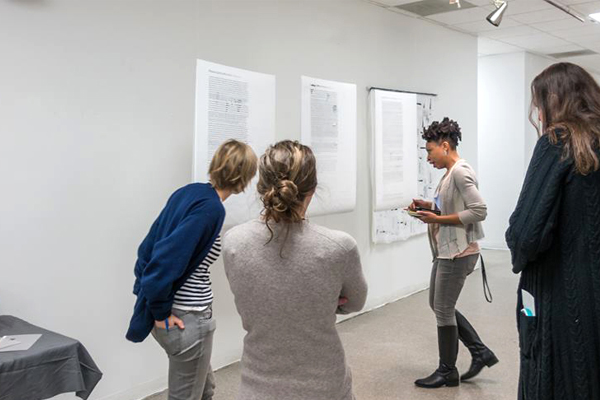 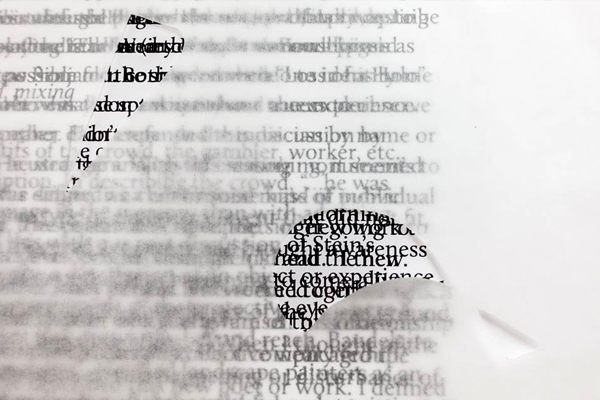 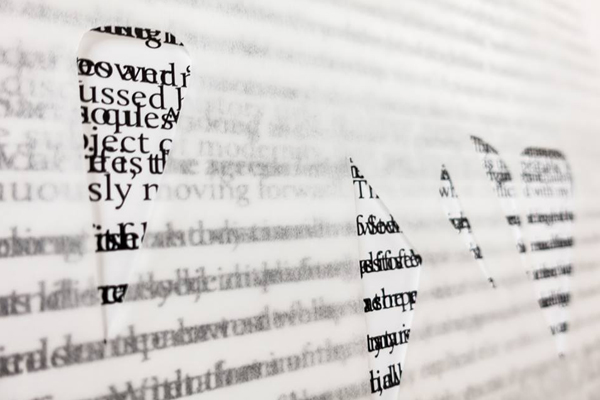 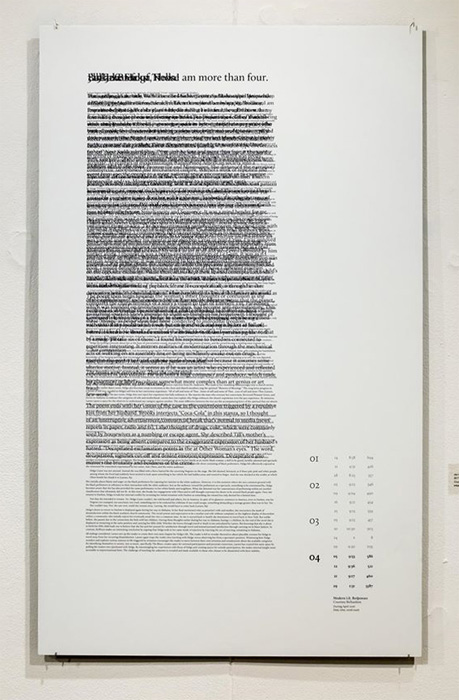 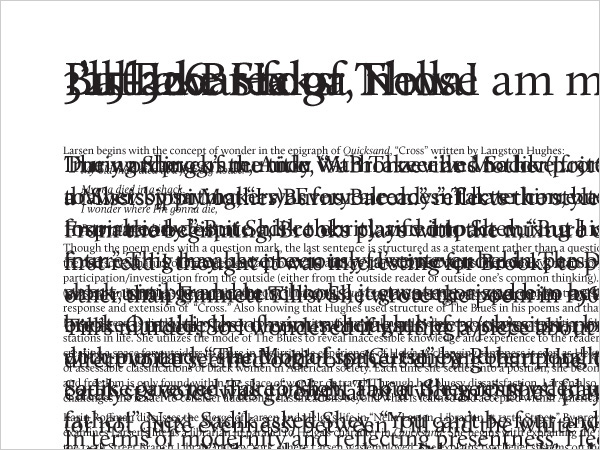 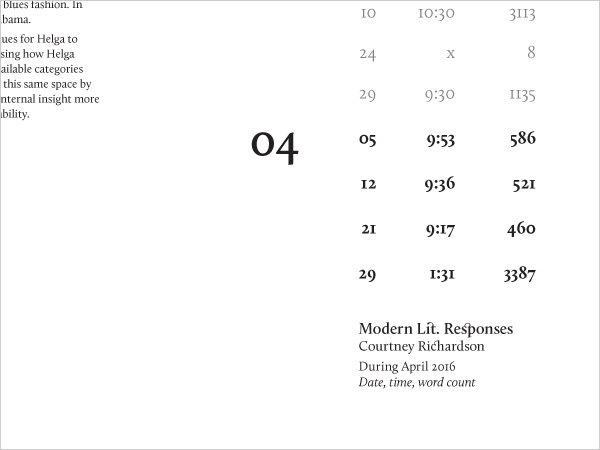 This series is a collection of my personal responses to various readings assigned during an English Modern Literature course in 2016. Each poster represents a month of responses (containing at least 4 short writings and a few essays). I really enjoyed this class as many writings inspired other projects. It really opened my eyes to artistic qualities and techniques of writers/poets. However, the course was no walk in the park in regard to assignment quantity. I am in no way an English major so there were times where I felt completely congested with word and analysis — hence the title, Info-gestion. Initial titles that emerged from the overlapping were: (1) Moments (2) by Parts (3) of the Year.

The first 3 pictured with tracing overlays spell out “infogestion” in the the cut-outs (using Mend typeface letterforms). The 4th poster was compiled the following semester. This one stood out from the previous 3 as far as timing and my responses. The title that emerged, “Am More than Four,” aligned with my overall thesis of piecing together various accounts of the same happening to display a fuller (or complex) picture. At the conclusion of my literature class, I allowed time to pass before revisiting and no longer felt the tracing paper to be necessary.